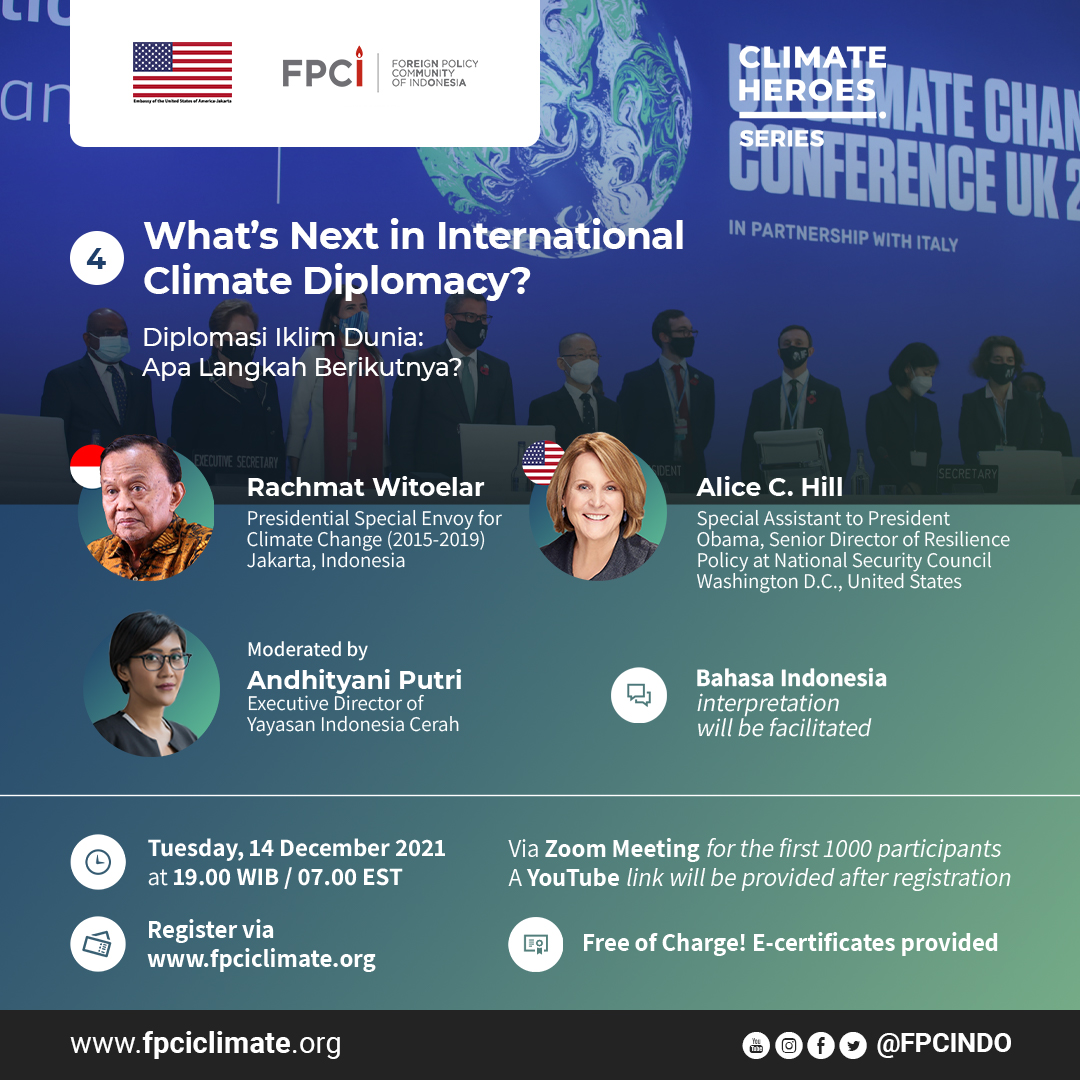 The Climate Heroes Dialogue Series, held in cooperation with the US Embassy in Jakarta, brings leading climate figures from Indonesia and the United States in a 60-minute conversation to evaluate policy challenges, lessons learned, and gather ideas for future directions to ensure a safe climate future.

Join the discussion as our December Climate Heroes discuss the state of global climate cooperation, what we should work on for COP27 Climate Talks in Egypt next year, and how Indonesia and the United States can lead by example in securing a safe climate future. The discussion will be held on Tuesday, 14 December 2021, 19.00 (Jakarta time).

Hill currently serves as David M. Rubenstein Senior Fellow for energy and the environment at the Council on Foreign Relations. At the National Security Council, she led the development of national policy to build resilience to catastrophic risks, including climate change and biological threats. Her coauthored book, Building a Resilient Tomorrow, was published in 2019. In 2020, Yale University and the Op-Ed Project awarded her the Public Voices Fellowship on the Climate Crisis. Hill’s new book, The Fight for Climate After COVID-19, was published in September 2021.

Climate Heroes Dialogue Series is open to all and free of charge. All participants will get free e-certificates! Claim your ticket and register at www.fpciclimate.org