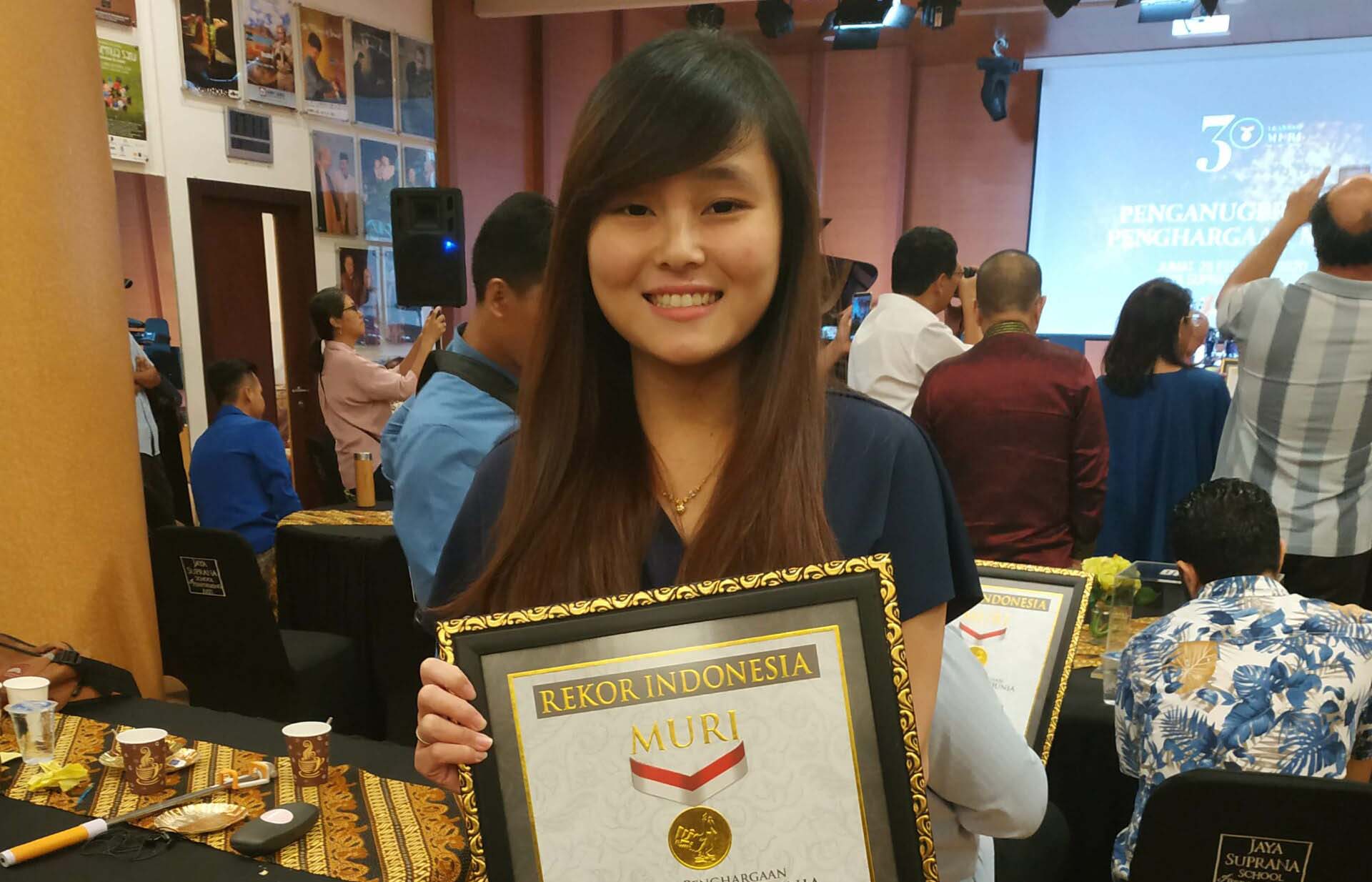 One of our newest faculty members, Bryna Meivitawanli, S.E., B.Sc., MBA, Ph.D has just received an award from the Museum of World Record Indonesia (MURI) as the youngest Indonesian woman to receive doctoral degree from Chinese university at the age of 25 years old and 5 days. The award was presented by Jaya Suprana himself on Friday, February 28th, 2020. This record was previously held by a Binusian faculty member as well, Shinta Amalina Hazrati Havidz, S.E., MBA, Ph.D at the age of 25 years old and 11 months.

Dr. Bryna Meivitawanli has studied in four different countries. She completed her high school in Malaysia. She then finished a double degree program in University of Indonesia and University of Groningen, The Netherlands. Thus, she received Bachelor of Economics in management and Bachelor of Science in international business respectively. She was awarded the youngest graduate at the age of 18 years 9 months old and graduate with the highest GPA in Undergraduate International Program at the graduation ceremony held by University of Indonesia back in February 2013. She continued her studies to China and completed both her master’s degree and doctoral degree in Wuhan University of Technology, China. She received full scholarship from the Chinese government for her Ph.D degree in enterprise management.

It is such an honor for us to have bright young lecturers as part of the team. We hope that Dr. Bryna will inspire and motivate the students to become the best version of themselves. Dr. Bryna Meivitawanli is currently a subject content coordinator and lecturer in International Business program in Binus International Undergraduate Program.