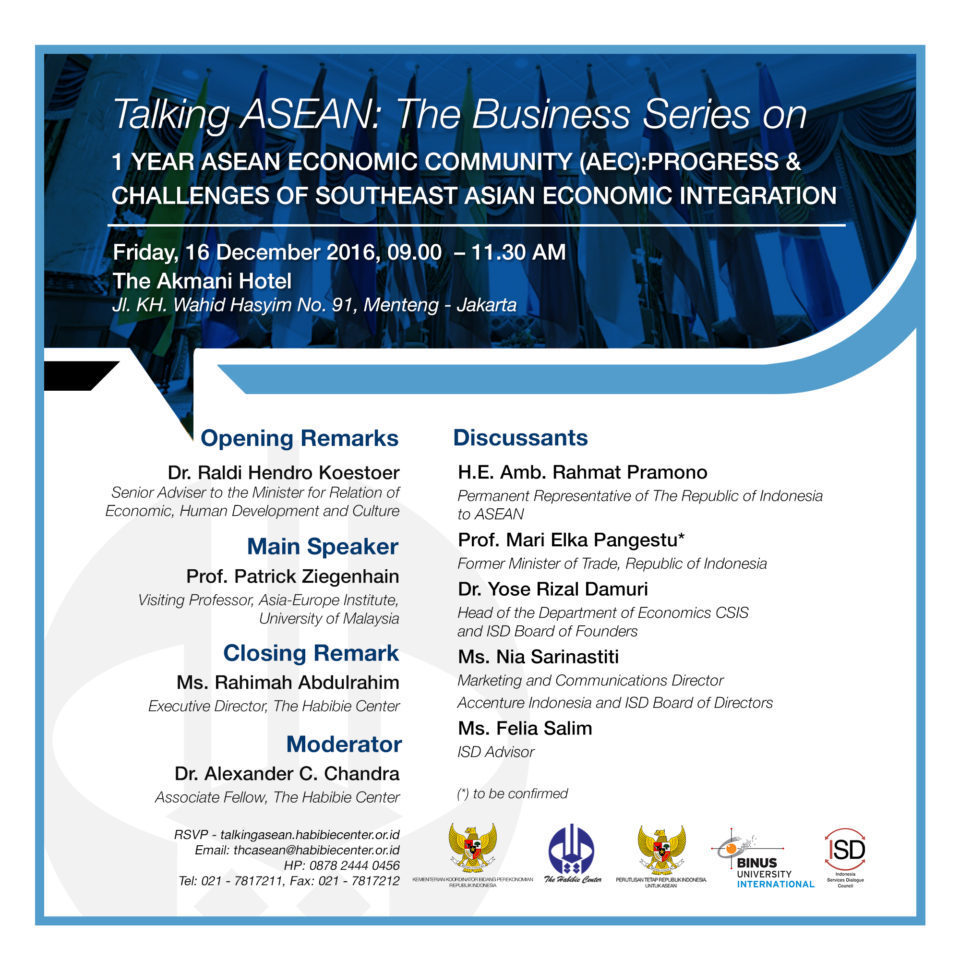 December 2016 marks the first anniversary of the official launch of the ASEAN Economic Community. Although ASEAN was quite successful in pushing for ASEAN’s economic integration among its members and with the global economy, there is still much more work to be done in fully integrating the ten economies together. The immediate priority of the AEC now is to complete the plans of the 2015 AEC blueprint and start working on implementing the AEC Blueprint 2025.

Because the AEC was designed to serve the interests of the region’s population, the public’s awareness and businesses’ utilization of the AEC facilities is an important parameter to measure the success of the AEC.