Organisational Culture; the Other Side of the Coin 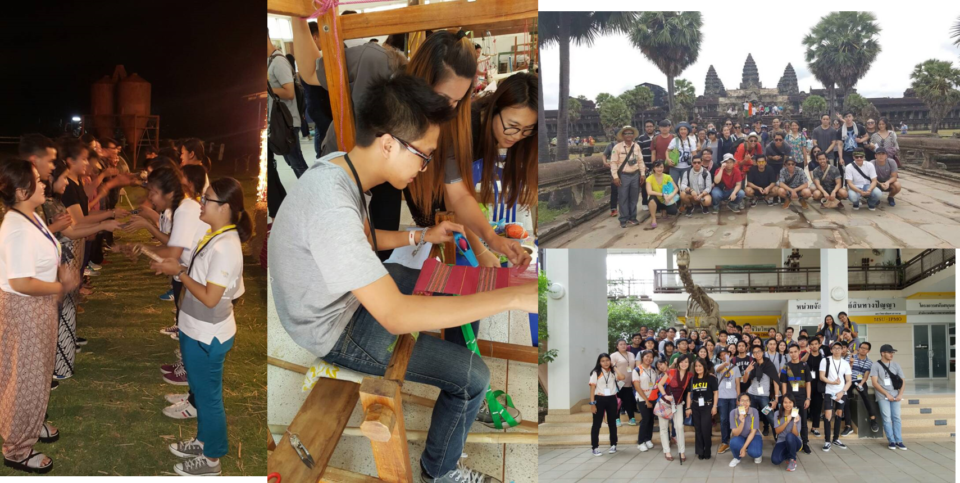 The Concept of Culture

Culture, as a single term, has been widely defined by researchers based on their ontological and epistemological assumptions. In fact, there has not been any definite consensus of cultural definition by these researchers and yet they are subject to debate. Some highlights of cultural definitions will be carefully described in this research, as they can be an important stand point of developing the theoretical background to the study. For the sake of generalization, the definition-wise is based on chronological year of publishing. Keesing (1974) defined culture as ‘systems of socially transmitted behaviour patterns that serve to relate human communities to their ecological settings’ (p.75), while Hofstede (1980) defined culture as ‘…collective programming of the mind… for describing entire societies’ (p.13). Another definition compiled by Allaire and Firsirotu (1984) was derived from the cultural anthropology perspective, where they defined culture into two different points of view, namely culture as a sociocultural system and culture as an ideational system. As a sociocultural system, a culture is a component of the social system, manifested in behaviour or way of life and is a product of behaviour, whereas as an ideational system, culture is a product of minds, in which people share meanings and symbols (Allaire & Firsirotu, 1984). This perspective has its origin in the 20th century’s anthropology such as the exemplary of the Malinowski’s functionalism and the Radcliffe-Brown’s structuralist-functionalism. On the other hand, the ideational system was conceptualized by the structuralist school such as Levi-Strauss and the Symbolic school from Geertz’s perspective.  As a summary, Peoples and Bailey (2011) formulate a formal definition, that culture ‘consists of shared, socially learned knowledge and patterns of behaviour’ (p.23).

In a different epistemological view, Schein (1990) argued that in order to study a culture, one must specify a common set of history within a group of people, and allow the culture to form by itself. Moreover, culture exists over a period of time in a group by solving its internal and external problem. Based on the assumption, Schein (1990) define culture as follow:

“Culture … defined as (a) a pattern of basic assumptions, (b) invented, discovered, or developed by a given group, (c) as it learns to cope with its problems of external adaptation and internal integration, (d) that has worked well enough to be considered valid and, therefore (e) is to be taught to new members as the (f) correct way to perceive, think, and feel in relation to those problems” (p.111)

Several researchers have studied the interaction between culture and organisational context. Smircich (1983) proposes two basic approaches to define the concept of culture, which is “culture as a critical variable and as a root metaphor” (p.339). She determined that, as a critical variable, culture is seen as a contingency factor to govern and control an organisation. In other words, culture is something that an organisation has (Mouritsen, 1989). On the other hand, culture as a metaphor defines as a ‘shared interpretive schemes, expressed in language and other symbolic construction that develop through social interaction’. As such, culture is something that an organisation is.

The consequence of the two polarized approaches has led to different interpretation of culture and its contribution to organisational context. As a variable, culture serves as an organisational identity, enhances social system stability and potentially shapes the behaviour of the organisational members (Jung et al., 2007). Moreover, culture can be separated as a distinct object of study and related to other organisational forces (Pfister, 2011). It is also argued that culture can be manipulated by management as a successive tool in the organisation and to control the behaviour of organisational members (Jung et al., 2007) Under this interpretation, culture is assessed using statistical approach and empirically measured using variables, which favour the methodological aspect of positivist approaches.

On the other hand, as a metaphor, culture is defined beyond the idea of becoming an instrument in the organisation. Culture in itself plays an important role as a particular form of human expression and manifests human consciousness. An organisation is analyzed based on its expressive, ideational and symbolic aspects (Smircich, 1983), and thus it derives from the ‘native point of view’ of giving an insider perspective (Pfister, 2011). Consequently, this concept of culture will be driven from the interpretivist approach by observing the backgrounds of the behaviour of the organisational members and what factors constitute the production of the organizational culture.

There have been a significant number of studies of workplace culture, from anthropological, sociological and psychological perspectives; from organisational, behaviour and communication sciences. Hence, a careful consideration of organisational culture definition must be taken into account when studying this area. As a preliminary stage, there are some definitions of organisational culture defined by researchers.  Pettigrew (1979), defined organisational culture as ‘an organisation’s generally accepted system of meaning based on anthropological, sociological background.’ He stated that in order to study culture, one must understand the association of symbols, language, ideology, beliefs, rituals and myths. Moreover, these symbols formulate a unique set of characteristics and values within the organisation and thus design the organisation vocabulary, culture building, and belief of power and privilege distribution (Pettigrew, 1979, pp. 574-575).

Throughout the 1980’s, the development of theories has increased substantially. Ouchi (1981) developed a Theory-Z, which denotes a concept of culture as an organisational philosophy. He stressed, on an attempt to study American and Japanese organisations, the importance of nurturing organisational culture as a set of beliefs to the employees, leaders and stakeholders, as this can fuse the commitment of trust and teamwork toward the organisational objectives. Later, Deal and Kennedy (1982) defined culture as “a cohesion of values, myths, heroes and symbols that has come to mean a great deal to the people who work there” (p.4). Other studies such as Hofstede (1980), Peters & Waterman (1982), Allaire and Firsirotu (1984), Schein (1985) and Meek (1988) shared a similar definition as they defined organisational culture as beliefs, meanings and values commonly shared amongst the organisation. This definition might suggest that culture be considered as the ‘glue’ that holds an organisation together and the ‘compass’ to provide direction as to where the organisation is heading (Tharp, 2009).

There is a suggestion as to how organisational culture is perceived and understood, in that it currently summarises the manifestation within the internal foci of an organisation. In other words, current studies have focussed on the extent to which organisational cultures are affecting or affected by the management perspective. Giving the previous study by Allaire and Firsirotu (1984), they conceptualized organisational culture in symbolic components, namely  the cultural system,  the sociocultural system and the individual actors (see appendix 1). Under the cultural system, it embodies the organisation’s expressive and affective dimensions in a system of shared and meaningful symbols, which manifested in myths, ideology and values in multiple cultural artefacts, whereas sociocultural systems are composed of the interworking of formal structures, strategies, policies and management process (Allaire & Firsirotu, 1984, p. 213). These components have been widely discussed by researchers in order to investigate the relationships or the problems occurred between them. Scholars such as Schein’s model of organisational culture (artefacts and behaviour, espoused values, and assumptions) and Smircich’s interpretation of culture are examples of concepts which derived from organisational and managerial perspectives. As derived from the anthropological perspective, deRoche (1998) argued that current literature on organisational culture are too simplistically conceptualized in the managerial discourse, and thus there is an emergent of study on people as creative agents who bring his/her values into the organisation. Also, Pfister (2011) argues that there is a current trend from discussing ‘private culture’ of managerial perspective towards ‘public culture’ on how culture is perceived in the outside world, in which collective levels of culture that were previously focussed began to shift into individual aspect of culture.

The individual actor, on the other hand, is associated with the individual ability to strive and construct the shared meanings in the culture. Allaire and Firsirotu (1984) define this component as a factor derived from particular endowments, experience and personality from a personal point of view. Moreover, the cognitive aspect such as how an individual acquires and uses knowledge in his/her daily interaction, is based on the historical background of the individual, and this component has not been widely discussed in many studies in organisational culture (deRoche, 1998). Employees, as an individual, can potentially play a significant role in studying organisational cultures, in that he/she can act as the central role of ‘the culture’. In conjunction with the issue, Mamman (1995) proposed a sociobiological factor that reflects an employee’s background stand point: ethnicity, country of origin, religion, gender, age, educational/professional attainment, and linguistic factor.

In conclusion, the paper elaborate definitions that enables to enrich organisational culture as ‘the other side of the coin’. Research in management science and psychology tend to establish appropriate measurement to identify cultural context within the organisation, as well as its climate. This paper wishes to extent the context of organisational culture in different epistemology, in which anthropology is believed to be the core of cultural studies. It is thus important to expand the basis of understanding, in order to apply appropriate theoretical framework into management and organisational research.

Pfister, J. A. (2011). Capturing Contextual Meanings: The Use of Organisational Culture as Theoretical and Methodological Lens in Accounting Research. SSRN Working Paper.