Doctor Of Research In Management 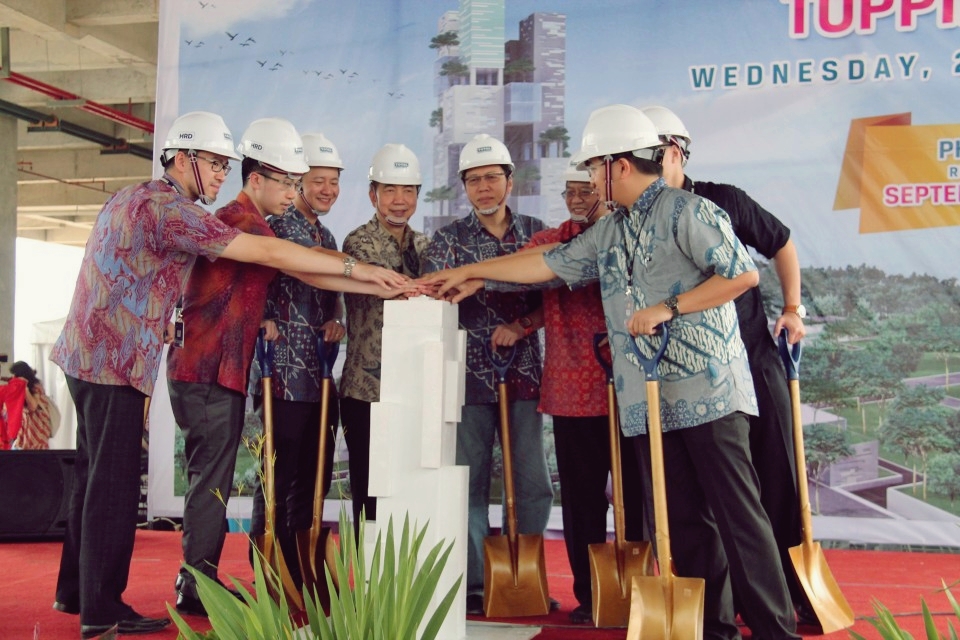 BINUS UNIVERSITY has always been concerned about the improvement of the quality of the young generation growing up in Indonesia. In response to the growing need for quality educational facilities, BINUS UNIVERSITY has built a campus at Alam Sutera, Tangerang. The construction started in 2012, and on March 26, 2014, the first phase of development of the Alam Sutera campus reached its conclusion.

Ir. Bernard Gunawan, CEO of BINA NUSANTARA, delivered his speech explaining the development of BINUS UNIVERSITY @Alam Sutera. In his speech, he said that the establishment of the campus is the university’s way of continually innovating in its bid to be a world-class educational institution. This is in line with BINUS’ 20/20 vision—A world-class knowledge Institution in continuous pursuit of innovation and enterprise.

The event culminated with the sounding of a siren by BINUSIAN Leaders and it was followed by a simulation of scooping up mortar. To emphasize the ‘green campus’ concept, BINUSIAN leaders and the representatives of BINUS UNIVERSITY partners planted trees at the spots prepared by the committee.

The committee also prepared tumpeng to cut and serve, initiated by the CEO of BINA NUSANTARA, which he then served to the Rector of BINUS UNIVERSITY. The Managing Director did the same and served it to representatives of BINUS UNIVERSITY’s partners.

In the event, Lilia Sukotjo, Marketing Director of PT Alam Sutera Realty, Tbk. was also present. Representatives of the work partners of the school, representatives of each unit of BINA NUSANTARA and representatives of communities in BINUS UNIVERSITY were also present. The campus is set to be ready by September 2014, and it is expected to inspire young people and educators to improve education in the country with its smart and green concepts. (AL) 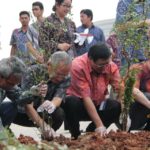 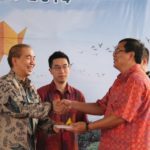 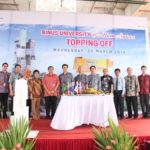 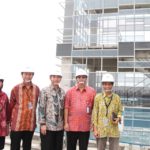 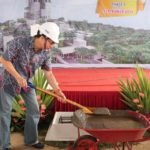 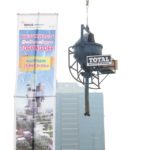 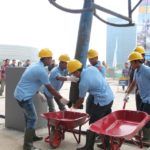 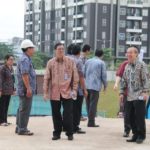 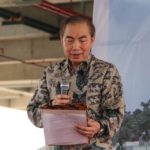 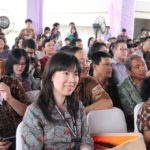