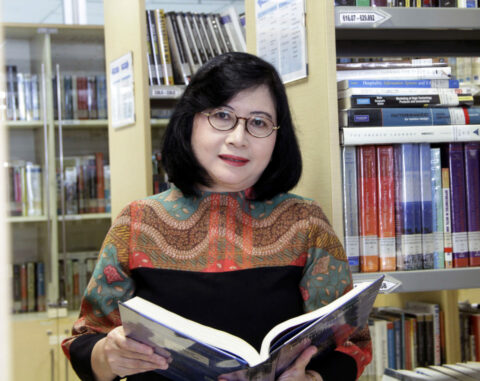 Nurianna Thoha received her Doctoral degree in Business Administration from Curtin University, Perth, Western Australia in 2006. She got a Bachelor Degree in Agro economics from Bogor Agriculture Institute, Indonesia in 1985 and her MBA degree from University of Oregon, USA in 1989. Most of her 28 year career has been spent with Education institutions and Consulting companies in Indonesia. She had teaching experience in wide range of subjects in human resources management, leadership and organizational behavior, and qualitative research at different education levels. She worked at School of Business and Management/SBM ITB as a lecturer and administered Executive MBA Programs at SBM ITB Jakarta campus for four years. She had done some research and wrote articles and papers on Human Resource Management practices in Indonesia, Generation Y motivation, and on Qualitative Research Method and presented them widely at international conferences and seminars.

Nurianna’s experience in dealing with Government of Indonesia officials has been extensive through her four year engagement with 12 Government of Indonesia Institutions (Ministries and other institutions) and five provincial areas (Aceh, Papua, West Papua, East Nusa Tenggara, and West Nusa Tenggara) while she worked at Australia Awards (previously was known as Australian Development Scholarships) as the Human Resource Development National Manager. Currently she works as a faculty member at International Business/Faculty of Business, BINA NUSANTARA University. During the last two years, in July, she was invited as a visiting Professor for Hanyang University International Summer Program in Seoul, South Korea.